Portugal, Fatima and Beyond

Travel through Portugal and you’ll be exposed to the beauty of its countryside and the rich history of the region. Take in everything the city has to offer but hit the road pass the cork trees, imported eucalyptus trees, and around the castles. I loved the city of Lisbon but I wanted to experience more of Portugal so I booked a full-day tour to Fatima. This tour received 5 out of 5 stars at every website I researched and it lived up to those ratings. The tour included more than just the religious draw of Fatima and had stops that included the coastal town of Nazare, Obidos, and the Batalha Monastery.

Fatima is the Roman Catholic’s 3rd holiest place in the world. May 13 1917, three shepherd children in Fatima, Portugal, saw the image of The Virgin Mary in a field in Cova da Iria. The apparition appeared 6 times and she performed miracles for them. The children were not believed and even jailed. Word got out that the last apparition would be on October 13th and was also reported on some newspapers. This prompted a crowd of over 30,000 people to gather. Witnesses reported seeing the sun “dance.” A radiant colored sun moved in a zigzag pattern toward the earth before going back to its normal position. 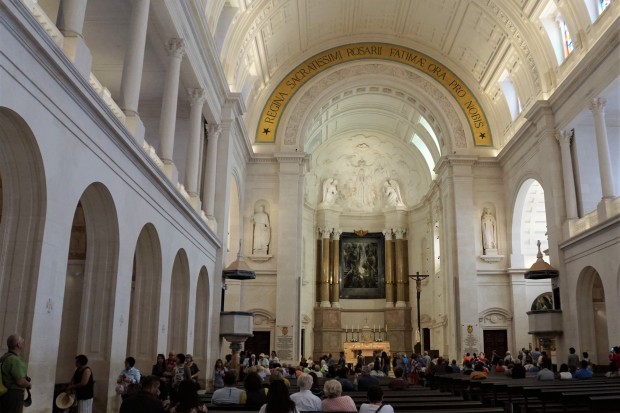 By 1930 the Catholic Church officially recognized the apparition events as “worthy of belief” and granted a papal indulgence to pilgrims visiting Fatima. The three children were canonized on May 13 2017 during the centennial of the first apparition. The Pope attended the centennial celebration along with thousands of Catholics. 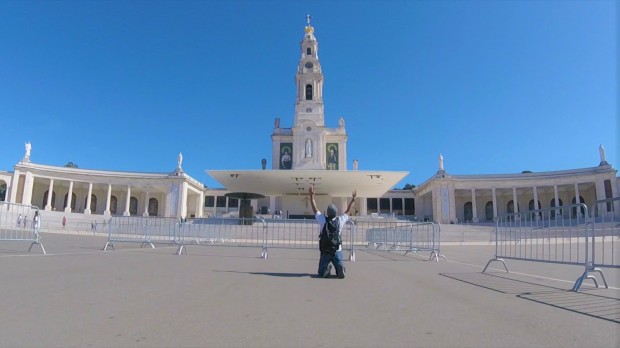 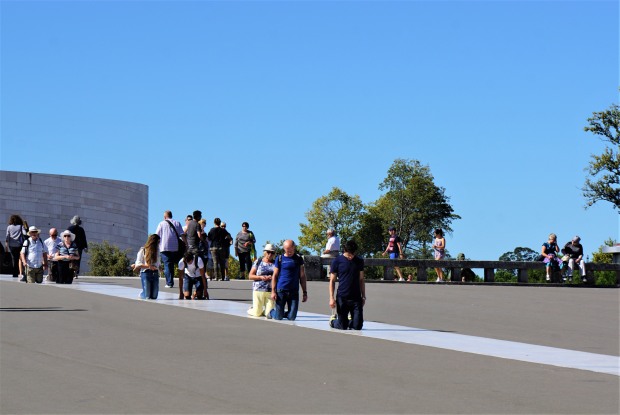 It’s said that praying from the top of the hill, as you make your way on your knees to the Cova da Iria, will guaranty that your prayer will be heard by the Virgin Mary.

The original spot where the apparition was first seen is commemorated with a modest open-air chapel.

Nazare is a seaside town that once provided refuge from raiding Vikings a top its cliffs. The name was derived from a small wooden statue of the Virgin Mary carved by Joseph, Mary’s husband. The statue was brought by a monk from Nazareth to a monastery near the city of Merida, Spain. It then traveled with another monk who was traveling with the Visigoth king in the 4th century to the current town. It was stashed in a cave by the monk who became a hermit.

cave that housed the statue

The picturesque town is now a popular resort area and the other side of the cliffs is a popular spot for surfing. This is the location for the biggest wave surfed to date. 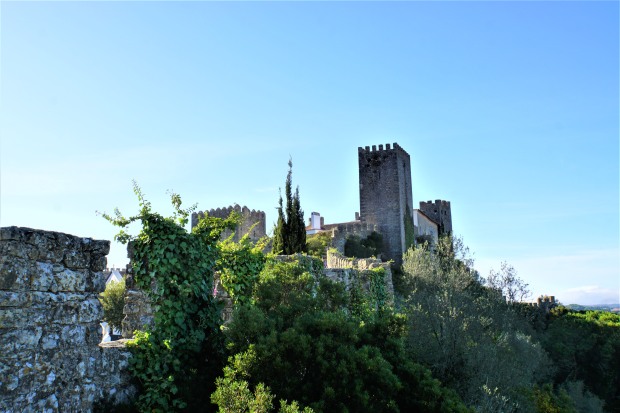 Obidos is a castle town that derived its name from the Latin term oppidum meaning “citadel” or “fortified city”. An early settlement near the foothills of an elevated escarpment grew into a town. This town was used as a safe haven by sailors on their way to the Mediterranean or coming from there and sailing to the north Atlantic.

A castle was then built on top of the hill and provided security for sailors who moored their boats along the shore. It later became a center of trade for the Phoenicians and switched hands overtime from the Romans, Visigoths and also the Moors. It’s a beautiful town with some of it surrounded by the castle walls.

Feel free to walk through the narrow streets. Or, if you feel adventurous, take the steps to the top of the wall and follow it around the whole castle.

Batalha Monastery, which translates to “the monastery of the battle,” was built to commemorate the near by Battle of Aljubarrota in 1385. It also served as the burial church of the 15th century Avis dynasty of Portuguese royalty. The monastery was built to thank the Virgin Mary for the Portuguese victory over the Castilians where the Portuguese faced 10 to 1 odds and defeated the Castilians. Fighting significant odds, not only did they gain the victory but massacred the Spanish army. This decisive victory gave the city-states of Portugal time to come together as one country and become a power. It took over a century to build, started in 1386 and ending in 1517.

Cabo da Roca was not on this tour but is a must see if you’re staying in the Lisbon area. It’s a cape which forms the westernmost extent of mainland Portugal and the continental Europe. During the Age of Discovery it was known as the Rock of Lisbon. It’s surrounded by high cliffs of over 100 meters. It was the end of the world before the Age of Discovery.

A stone monument with a cross commemorates the location. There is an inscription on the side of the monument and is a quote from the famous Portuguese poet Luis Camoes who described the area as “where the land ends and the sea begins.”

Portugal is full of beautiful landscapes and panoramics not to mention amazing churches and castles. It’s worth wandering the countryside and shorelines and I can’t wait to return to see more of this wonderful country filled with so much history and rich culture.

5 thoughts on “Portugal, Fatima and Beyond”