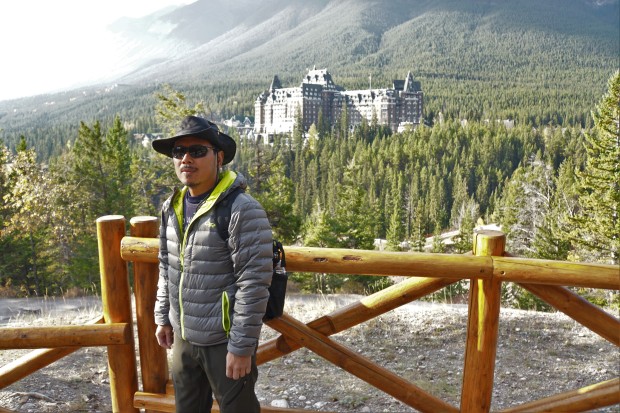 The postcard town of Banff is more than just a beautiful photo opportunity. Adventure can be had, even around the area of the town. There are a number of trails in the vicinity along with horseback riding, kayaking and hot springs. On my third day in Banff I decided to take advantage of the local terrain. I hiked the Hoodoo trail from Surprise Corner parking lot to the Hoodoo’s. The terrain isn’t very hard with established trails along the Bow River, and a view of the Bow Falls, that will take you through the woods. It was a cold morning when I embarked on the hike and I found myself alone in the moss-covered forest floor. In fact, I used my bear bell just in case there were bears around. Fortunately, there were no bears at all. It was a peaceful trek with the wind blowing through the woods and the sound of the river flowing down stream. The hike was approximately 7 miles round trip and the hike was the feature of this outing as the Hoodoos were disappointing (pictured above). If you’ve been to Bryce Canyon, like I have, the smaller number of rock formation will disappoint you. I would still do the hike because of the wonderful scenery along the route. 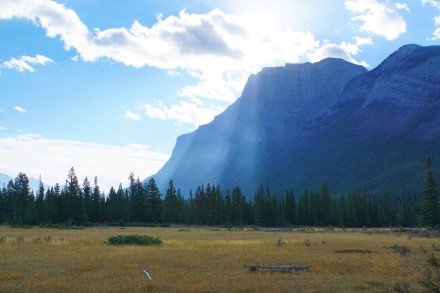 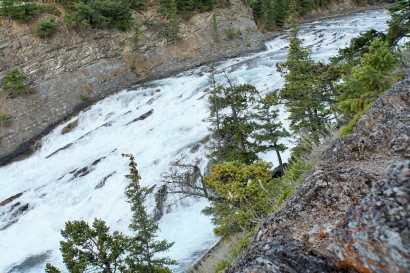 In the afternoon, I decided to kayak the Bow River. My lodge was conveniently located across the street from the Bow River and the kayak rentals. I first wanted to rent a canoe since I planned on taking lots of pictures as I paddled up river but it would be difficult to maneuver with just one person taking photos. I went with the kayak with my camera around my neck and my GoPro firmly attached to the kayak. An earlier couple had just finished canoeing and informed everyone they had seen and taken a photo of a Grizzly along the river with their cell phone. I kayaked to the location they described but there was no bear to be found. I’m still not sure if I was lucky or unlucky to have missed the grizzly. Rowing through the river was an amazingly peaceful experience and I wanted to extended this by rowing to the Vermillion Lakes. The clerk at the kayak rental had told me that the creek leading to the lakes maybe to shallow and I would have to drag the kayak if I wanted to reach the lakes. I proceeded up the creek, despite this, until I reached the point where it became too shallow. The creek also narrowed so I thought it would be best to turn around in fear of recent bear activity. On the way back, I was treated to two young male elk sparring as it was mating season for them.

Not only was I impressed with the town, I was impressed with the whole Banff National Park. The areas lakes, waterfalls, mountains and vistas are unimaginable and truly have to be experienced firsthand. My holiday here will be remembered for a life time. The adventures to be had here are just as amazing. Trails for beginner to multiple day hikes through the back country are available here. Four distinct seasons can be experienced here, also. I know I’ve just touched some of the things that can be experienced here and I most definitely will return to the wonderful land. This is the end of my series of posts of the area. I’ve put this video together to better represent the adventure I had there during my stay. I hope you experience it for yourself and maybe I’ll run into there as I will most definitely return.