I hope you excuse me for my ignorance. I had never heard of Banff, Canada. My ignorance had kept me from the knowledge of such an amazing place. The discovery of Banff took place last year, almost to this day, I started seeing blogs of this wonderful town and its beautiful surroundings. The photos I saw where so spectacular, I knew I had to visit as soon as possible. I already had travel plans to Africa in March and Mexico in July so that left Autumn as my earliest opportunity. It was the perfect time, the leaves would be turning for the season and the weather would be perfect for hiking. Plans were made and anticipation began. Banff is located in the Colorado Rockies near the Continental Divide where mountain peaks seem to outnumber the people. 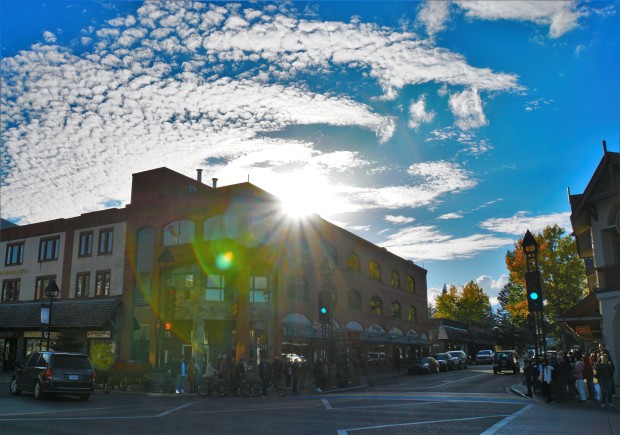 At one point in time, Banff was just a stop for the railroad workers in the summer season until three men decided to stay through the winter. They explored the hillsides and mountains in hopes to discover minerals, gold or silver, in order to hit it big. That didn’t occur but what they did discover was the hot springs which became a tourist draw. The town is situated in Banff National Park, Canada’s first national park, and the town has become one of the top tourist destinations in Canada to date. 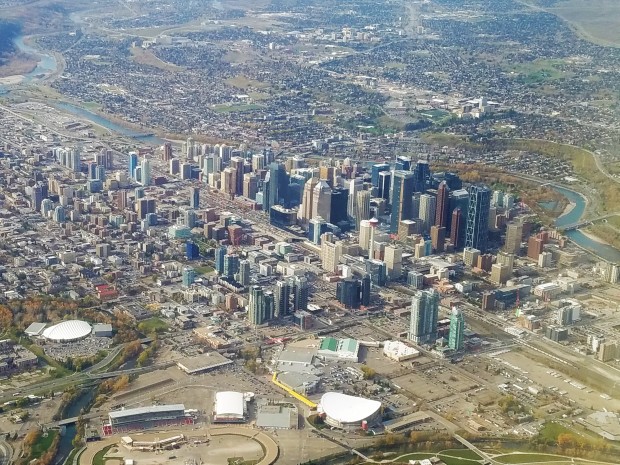 September 28, 2016, the day had arrived and I had also arrived at the Calgary Airport and after a 90 minute drive through a picturesque highway, I was here, Banff and all its glory. The town is one large photo opportunity with a post card quality picture waiting to be had as I drove down the center of town. My hotel, actually lodge would be a better word, lacked the hotel amenities such as a restaurant and swimming pool.

It did have its advantages as it was nestled alongside the Bow River and just across the street from the kayak and canoe rentals. It was less than five minutes from the heart of town and was in short distance from restaurants, shops and the information center. I would recommend you visit the information center if you plan to do some hiking alone or with a small group on their long back country trails. They are a wealth of information such as where they’ve had significant bear or wolf sightings. During my visit, certain trails were limited to four or more hikers in a group as bear activity had picked up as they prepared themselves for hibernation. 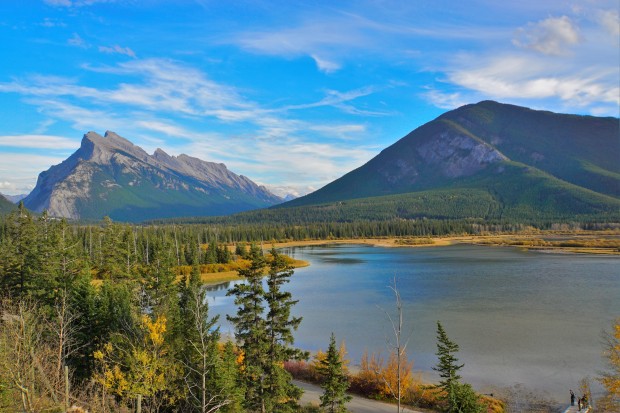 hike or bike to Vermilion Lakes

Multiple trails around town were available to me, a solo hiker, due to the vicinity of the town and the number of hikers on these trails which didn’t have hiker restrictions. Not as spectacular as most in the park but still a treat for someone like myself from the dry and almost treeless Southern California.

The town has some wonderful restaurants and shops but don’t expect a bargain, you won’t find it here. Pricewise, it is your typical high volume tourist town. The views are spectacular here and I don’t blame you if all you wanted to do was walk around town and along the Bow River. But, if you did, you would miss out on some wonderful places and beautiful vistas. The landscape here is truly amazing. I have provided some photos, below, of the nearby locations and I hope to post about them soon. 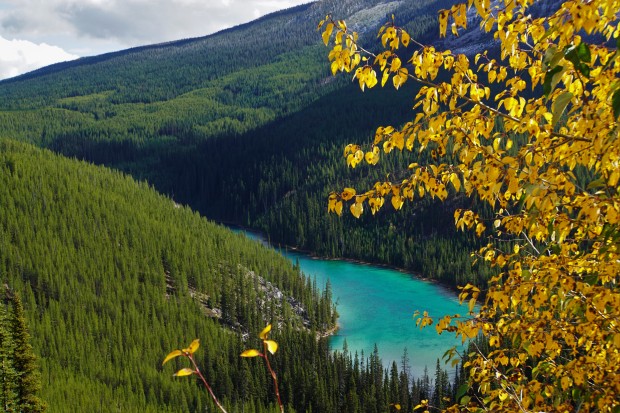 22 thoughts on “Discovery of Banff”