Once upon a time, long long ago, three brothers entered a lush jungle filled with high-adrenaline activities such as cliff diving, zipline over water and exploring a Cenote. In the middle of this paradise was a clear beautiful lagoon filled with tropical fish and ruled by stingrays. The three brothers were in heaven. The majority of their time was spent in the lagoon swimming from an upstream departure point to the mouth of the lagoon were the giant groupers came to rest from the ocean current and feed on the abundant fish. They spent hours in the lagoon, not realizing the time that had passed. It was now time to leave. Realizing they had missed out on the other activities one of them vowed to return for a full day and enjoy the whole park.

Flash forward about eighteen years and On July 22, 2016, I had kept my promise and returned to the memories that once was. This time I would be here the full day unlike the first visit where we paired Xel-Ha Park with a tour of the Mayan ruins of Tulum. My game plan was set; I would visit the other attractions first and save the lagoon for last. I started with the zip line over the water, a short line maybe 150 feet in length with a short dive in the water.

After doing this several times, I made the short walk to the first and shortest cliff dive. It was about ten feet. I took the plunge with my GoPro in one hand and fear in the other. It was exhilarating as conquering one’s fear is. I continued on the path but skipped the 2nd cliff, too many teenage kids in line for the jump. I made it to the third and highest cliff, approximately 16 feet. With one quick glance at the bottom, I took a step back and then jumped forward. Looking forward at my camera, I couldn’t see the bottom. The anticipation of the bottom seemed to never end. Once I finally hit the water, the shot of adrenaline was amazing. The distance may have not been that high but the fear, my anxiety seemed to boost my joy once the task was done. 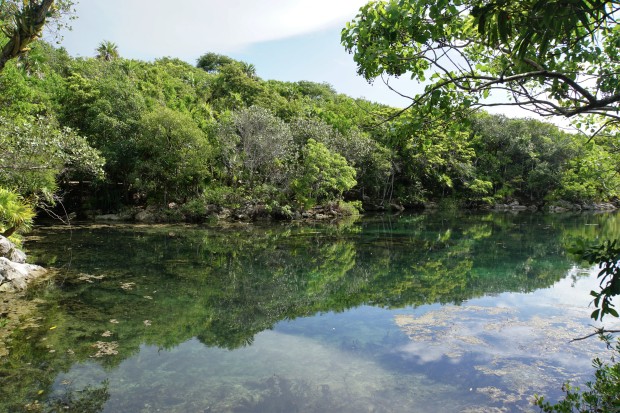 It was time hike even further into the jungle, passing the Cenote, I made to the swinging rope. This water was probably the most remote area of the park. With just maybe five other people willing to swing on the rope and jumping into the water, I was able to do it several times and even jumped from a boulder with the rope, creating a bigger pendulum and a bigger splash in the water. Barely missing a cliff, I had conquered the “Tarzan” swing and it was now time to have lunch.

After a couple of hours of just relaxing, it was now time to snorkel in the lagoon. The same that had soo captivated us. I made my entrance in the water near the floating bridge close to the mouth of the lagoon. This is where the giant groupers were. I took the plunge and after five minutes of swimming I realized my fears that the giant fish were no longer here. The giant groupers measuring five feet in length would have been visible from the floating bridge of which I couldn’t spot them. I was disappointed. I assume the much larger numbers of tourists and the large speed boat attraction at the mouth of the lagoon had disrupted the habitat forcing the groupers to go elsewhere. The total number of fish were down for the whole lagoon. It’s still a great place for families to swim, snorkel and float on an inner tube. But for someone like me the lagoon was no longer the same paradise I once enjoyed.

This was not a hosted visit but a labor of love. The promise was now complete, somewhat with military precision, and the results full of memories. 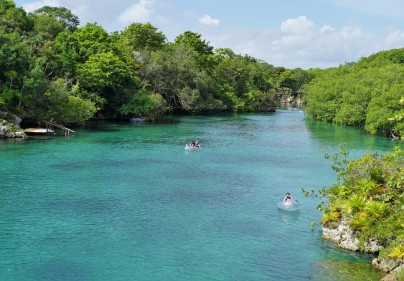 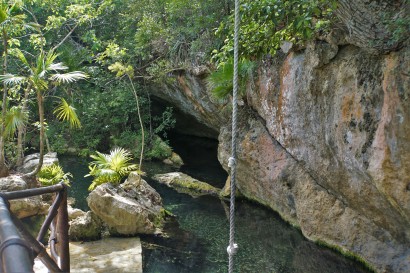 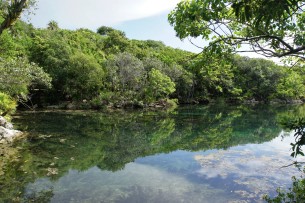 10 thoughts on “The Xel-Ha Experience”