Tale of Mountain Lions and The East Ridge Trail

The East Ridge Trail of Caspers Wilderness Park is definitely not a difficult or advance hike. The park is located in Orange County, California, at the foot of the Cleveland National Forest. The beauty along the trail definitely makes up for the lack of challenge one would encounter on this hike. The Route will take you through a wooded canyon that provides some shade along the Bell Canyon Trail. The day of my hike was windy and I could here the breeze whispering in my ear as it blew through the leaves and branches as I passed.

The park was especially peaceful today as the number of bikers and hikers were at a minimum due to a sighting of an adult female mountain lion and two almost adult two-year-old mountain lions spotted in the park. They’ve made the park their spring home. A fact I didn’t know until I reached the gates of the park. This made my hike a little more intriguing and forced my senses to be at high alert.

They could have been anywhere, under the shady trees or laying in wait in the tall grass as my route ascended along the Oso Trail toward the top of the ridge. As I nearly reached the end of Oso Trail I came across another hiker who I asked “are we near the East Ridge Trail?”. He replied “yes” as he had just come from there but decided to turn back as he spotted fresh mountain lion tracks on the trail. Not wanting to show fear, I continued toward the ridge as I thought about turning back, also. “Should I turn back” I asked myself. As I followed my predetermined path through the aptly name Cougar Pass, I came upon four rakes along the trail. I remembered earlier talking to some bikers who were cleaning the trails of large rocks for a mountain bike trail race taking place the following week. They stated they were riding up and down the ridge in order to prepare it for the upcoming race. The sight of the rakes made my decision complete as I continued to the top of the ridge. I wouldn’t be the only one passing through this trail. I listened for any large movement in the tall grass, kept my head on a swivel making sure I was aware of my surroundings as I made my way to the top of the ridge. 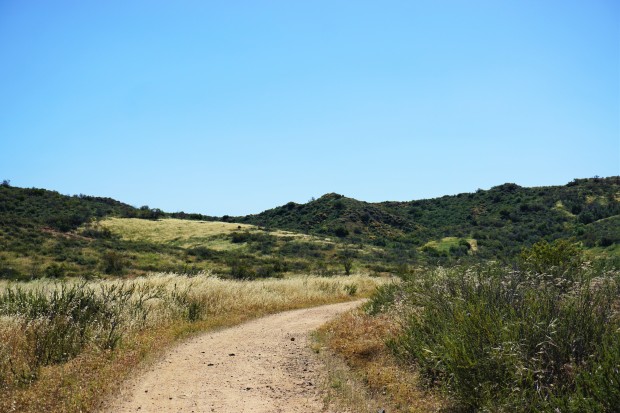 I continued to scan the trail for lion tracks but had not seen any as I hiked along the East Ridge Trail. The only semblance of lion tracks was a path created by something larger than the common coyote through the high grass that crossed from one side of the trail to the other. I didn’t stick around to see what created this. I continued along the ridge noticing bikers further ahead. This made me more at ease as the bikers would make the mountain lions aware of the presences of humans. Attacks by predators mostly occur when the animal is startled so I was more at ease during the rest of the hike. The descent down Quail Run was uneventful except for the beauty of the trail. 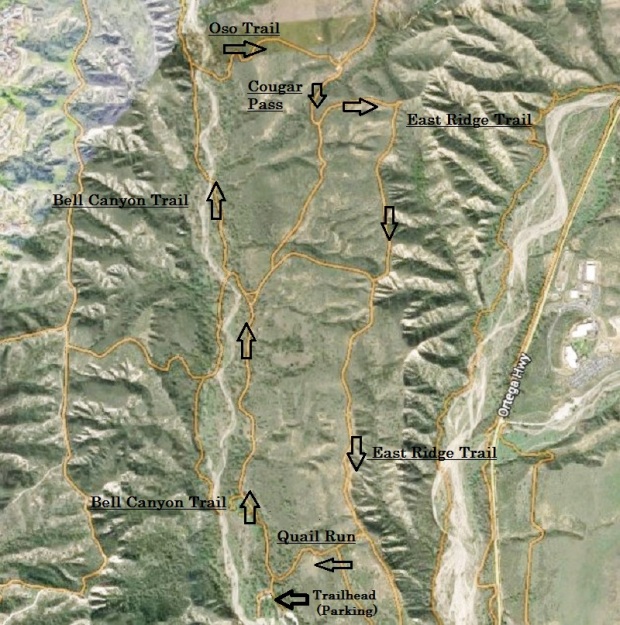 The loop consisted of a 6 mile hike that took a little more than 2 hours to complete. Needless to say, I was happy to finish the hike with some amazing photos, none of which was of the mountain lions. Although, I wouldn’t have mind if I did get a shot of them from a distance, a very far distance. 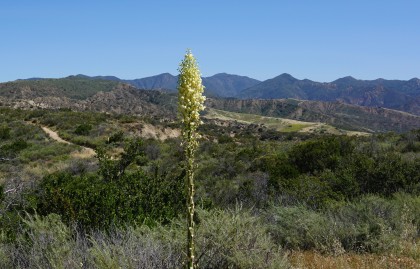 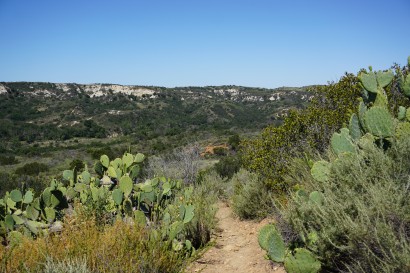 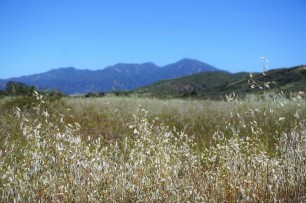 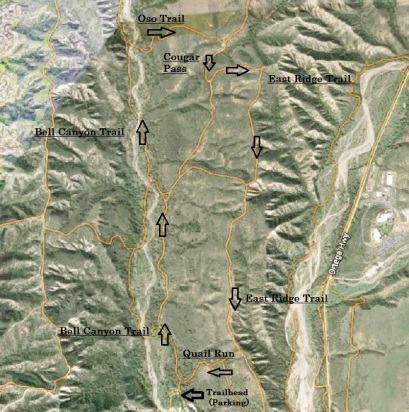