The Legend of Zanzibar 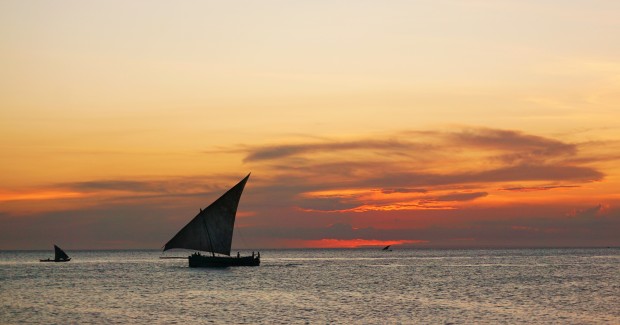 The Legend of Zanzibar

Once upon a time… the Sea said to the Queen of Sheba while at sea “promise you’ll return again”. She threw her pearl necklace into the sea and the Sea said “that’s not enough”. She then threw two treasure chests into the sea which sprang open and from these treasures the magical islands of Zanzibar were formed. A beautiful archipelago was created.

Whether you believe in fairy tales or not, the legend of Zanzibar is real, the history is as long and abundant as the beauty of the islands. The archipelago is located on the eastern coast of Africa as part of the country of Tanzania. The two main islands are Pemba and Unguja, the main island and informally known as Zanzibar and the location of Zanzibar City and the and the World Heritage Site of Stone Town. Microlithic tools have been found here dating back 20,000 years to the later stone age. The islands have also been mentioned in text dating back to the 1st and 3rd century AD. The legend of Zanzibar truly began in the 6th century when Persian traders used the island as a base for voyages between the Middle East, India, and Africa. It was also a convenient point to trade from with the Swahili Coast, The eastern coast of Africa inhabited by Swahili speaking people of Africa. The larger island offered a protected and defensible harbor and the Persians settled at what became Stone Town. The islands were also rich in spices and quickly became know as The Spice Islands, the name is also associated with a group of islands in Indonesia. The beautiful islands became a popular destination for royalty, home to Persian princes and Sultans from India. Diplomats and royalty alike from Europe also were drawn to this magical island. Germans, Portuguese, and the British joined the population as the Europeans fought to colonize all of Africa.

Today, the island is a peaceful place dominated by an Arabic culture and the Muslim religion creating a peaceful place to visit. That doesn’t stop the diversity of the  background of its people and it can be seen in its youth. The depth of history can be seen throughout Stone Towns narrow streets. These buildings are still adorned by hundreds-of-years-old doors which once represented the stature of the family and home owners. The intricate details allows passerby’s to differentiate the homes of royalty and between  cultural backgrounds. The doors with arches represented homes of Indian families and the symbol of two snakes and a leopard meant that the home owner was of royal decent. The Christian religion has also made its presence here with a beautiful Christ Church Cathedral which was under restoration during my visit. The location of this church was ironically also the location where the slaves were housed during the slave trade. The islands were also infamous for being a major hub for the slave trade.

In the 19th century, Zanzibar was said to be the 6th richest city in the world and held a great importance in the world. So much so that the young nation of the United Stated of America opened its first embassy in Africa here Zanzibar. Ironically, the Tembo Hotel, my accommodations for my stay here, was the location for the American embassy.

The oldest current building of Stone Town is an Arabic fort built in the 17th century by the Omanis to protect themselves from the Portuguese. The “House of Wonders” sits next to the fort and is a symbol of the opulence Zanzibar once had.  It was given this moniker because it was once the first building to have electricity and an elevator in eastern Africa. 1883, The building was commissioned to be the reception hall and celebrated the modern era for the city and built by the Sultan of Zanzibar.

Old Town also has a market filled with fish, fruits and vegetables, and other goods that will make you feel like you’ve entered a time machine and went back a hundred years.

Wandering through the narrow streets of Stone Town is like walking through history and discovering the past. The legend of Zanzibar is truly real and as vivid as two treasure chests creating these beautiful islands. 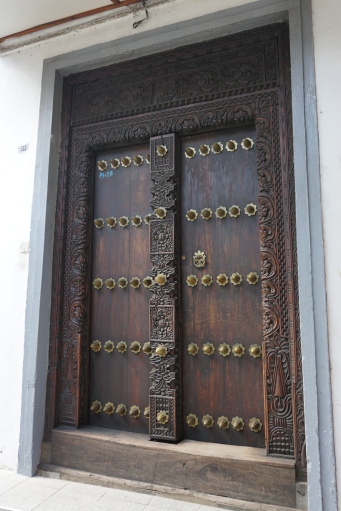 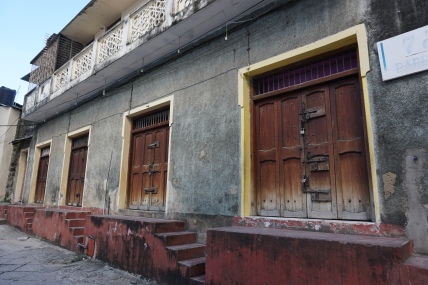 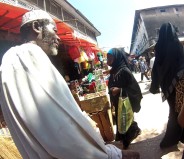 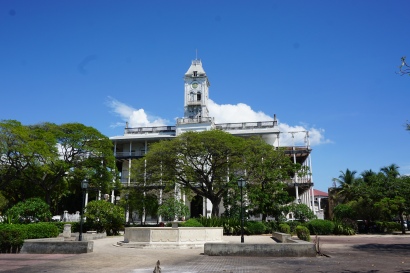 11 thoughts on “The Legend of Zanzibar”