Zanzibar conjures the imagination, a destination once reserved for explorers like Dr. Livingston. A word you would come to associate with James Bond and other worldly souls. Zanzibar is an Archipelago in the Indian Ocean off the coast of Tanzania and is steep with history. This island paradise once lured sailors, Persian princes, Sultans, and slavers. Its name evokes a fairytale of romance. If you ever live to see it you’ll know why it has lured royalty to this location. The waters are a blue-to-green turquoise that will captivate who and its warmth will sooth you. The white sandy beaches are made to house sun bathers eager to use the sun’s rays. The island once held the key to eastern Africa during the spice trade and the now notorious slave trade. 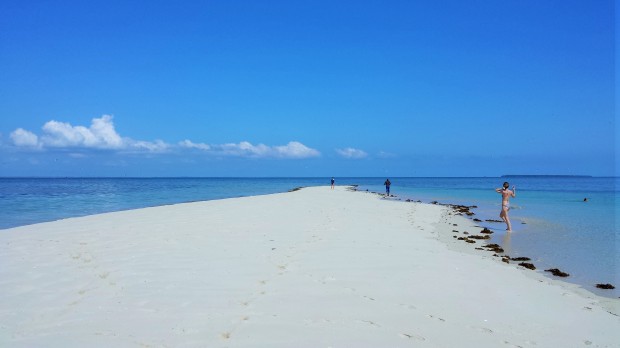 The island is not very large, with smaller islets surrounding it so exploring its beaches are a breeze. These islets also provide private beaches and the occasional heavenly sandbars.

Since the first century AD sailors came here bringing beads, porcelain and silk to trade for gold, ivory, spices and slaves. The archipelago now attracts people from around the world but for many different reasons. Tourist flock to the beachside resorts and hotels in Stone Town every year. Most of them from Europe because of its proximity. The beaches within Stone Town are adequate but for the stunning fine white sand and abundant coral formations, its best you venture out of the city. The coral is home to hundreds of species of fish and in certain areas it’s possible to spot bottle nosed dolphins and if you’re fast enough, you can swim with them. 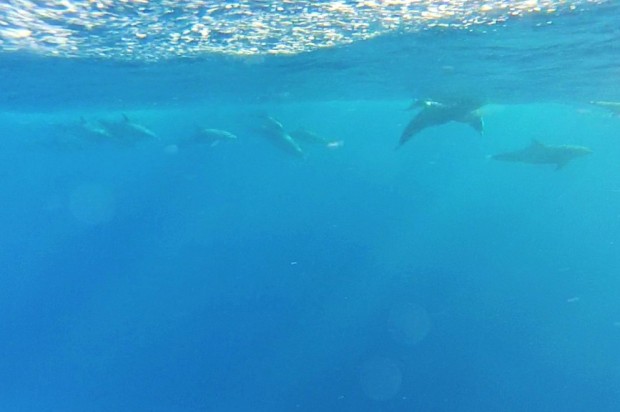 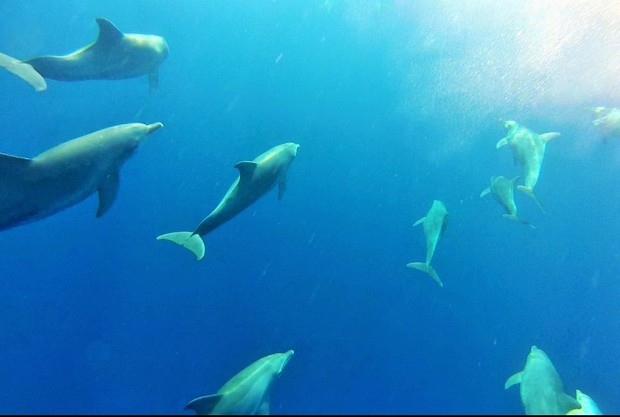 On my 2nd day here I participated in a dolphin tour which follows the daily route of the dolphins to their feeding grounds. They pass by the same beach and coast line everyday making the chance of interacting and swimming with the dolphins much greater. The trip was a success as I was able to swim with them several times. Booking a private tour also increased my interaction time much longer as I had no one else on the boat to compete with. Obviously, the dolphins are fast as a torpedo so your time with them is fleeting. Two to four minute intervals is the average time with them and then you would have to board your small boat again only to jump in the ocean directly in their path once again, and good luck trying to stay with them. This went on for about 30 minutes before the dolphins were now in deep water and were able to dive out of site. It’s an exhilarating experience if you ever get the chance to do so. 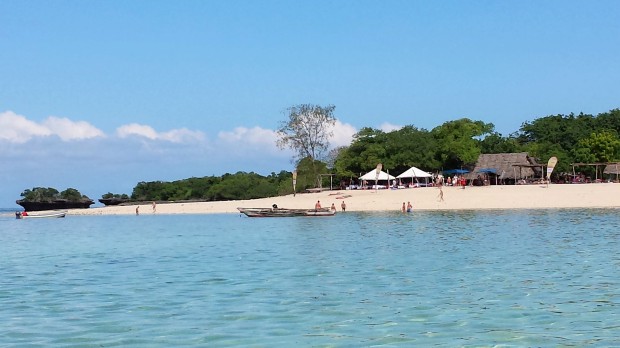 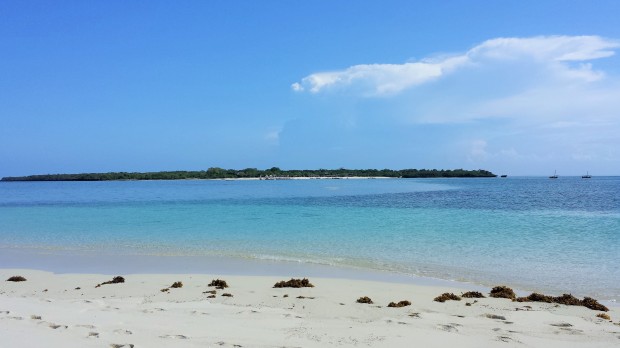 On my third full day I joined what’s called the Safari Blue Tour which consist of snorkeling and swimming at a deserted island that includes a seafood buffet. The guides also mentioned that occasionally dolphins are spotted and we could attempt to swim with them if so desired. As we arrived at a location abundant with coral and equal amount of fish, including multiple harmless jelly fish, the guides spotted a pod of dolphins jumping out of the water. We quickly pulled up the anchor and chased after them. Having already spent time with dolphins, I allowed the other guest the opportunity to jump in first but no one wanted to do this. They just needed the reassurance it was safe since they quickly jumped in the water after I went in after the dolphins. Hiking in Kenya and the previous day’s swim must have taken a tole and I found myself exhausted, almost in a panic. I quickly found my boat among the total of four on our tour. I collected myself and swam mostly using my arms as my legs had taken a tole. We then made our way back to the coral location for our snorkeling activities. I mostly floated around conserving my energy and letting my legs rest. After viewing the ecology of the coral reef we made our way to the deserted island for our seafood lunch buffet. Do to the low tide we couldn’t directly dock on the same beach intended for this lunch stop. We beached a short distance away and the path included a coral archway carved out by the sea. It made for a beautiful walk before lunch, all be it short. The lunch was incredible including lobster, shrimp, and calamari, among others. Prior to returning, we stopped at a beautiful sandbar where we could swim in the warm turquoise waters of the Indian Ocean. The day was now complete and our visit to a slice of paradise had come to an end.

With all the enjoyable moments, time had passed quickly and I found myself back in Stone Town gloating about the decision I made to visit Zanzibar, particularly the sunkissed beaches. 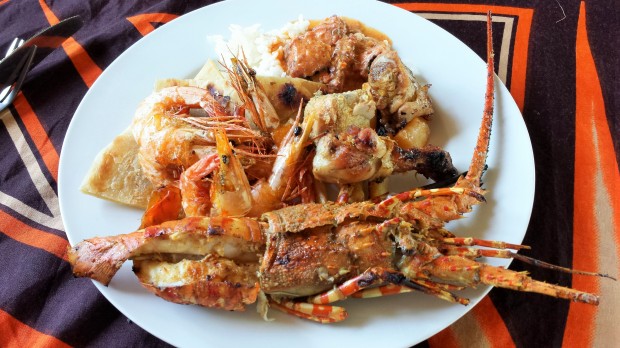