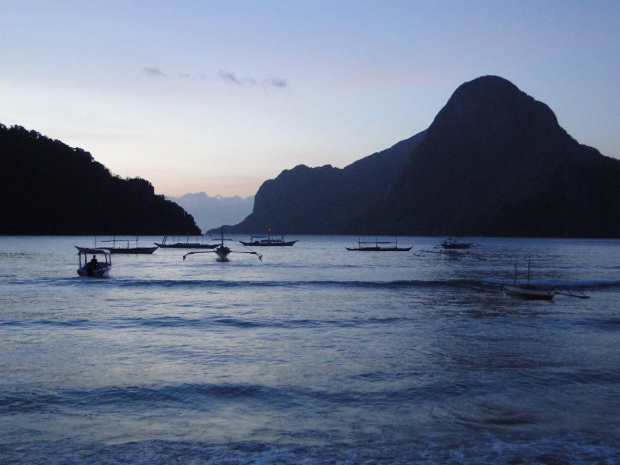 The road to paradise can be long and arduous which adds to their uniqueness. They’re not often down the street. That’s why there hard to find. The road to my paradise started in the city of Puerto Princesa, Palawan, Philippines. January 2012, the day started early as each passenger was picked up one-by-one from their hotels. I thought this was a convenience that we were being picked up from our hotels but the process took about an hour with several stops we had to make in order to pack 12 passengers into a mini-van. Oh, the price we pay to save a little money. Obviously, there was no room for the luggage in the van so that was stacked on the roof. And off we went on our 5 hour drive to El Nido.

The other way to get to El Nido would have been by small plane from Manila but since I was already on the island of Palawan the land route was my road to paradise.

I had read that the last 3rd of the route was not paved, but no one mentioned that the road can be unstable and collapse into the sea. On our way there, we passed a cliff side portion where the opposite side of the one lane, dirt road, was at the bottom of the ocean due to rain damage. And it wasn’t even the rainy season yet when it could rain for 10 straight days. We arrive at the van station, and the only way to get to your hotel is by walking or riding a pedicab,motorcycle with a covered sidecar. I ask the pedicab driver how far my hotel is and he said it was close enough to walk. With luggage in tow, I ask him to drive me there regardless. He breaks out in laughter and off we go. We round a corner and there it was just 50 yards away. I was unable to contain my laughter and gave him 10 pesos just for the laugh. 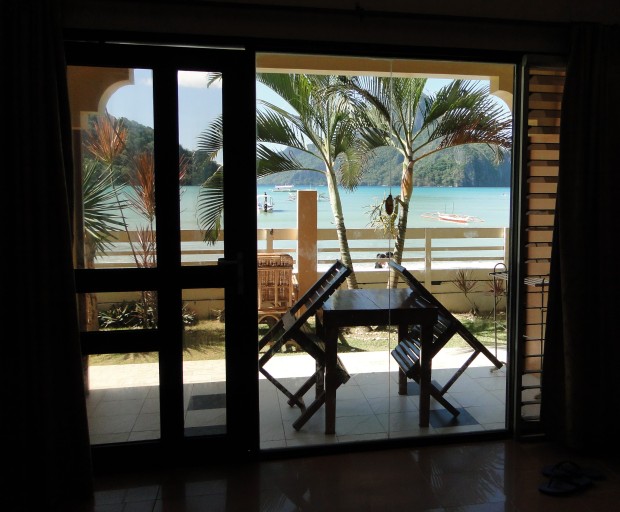 The hotel has no pool but why would you need one. A walk down 6 steps and your toes are on the sand. I look out my room and see this picturesque beach. Is this my paradise? 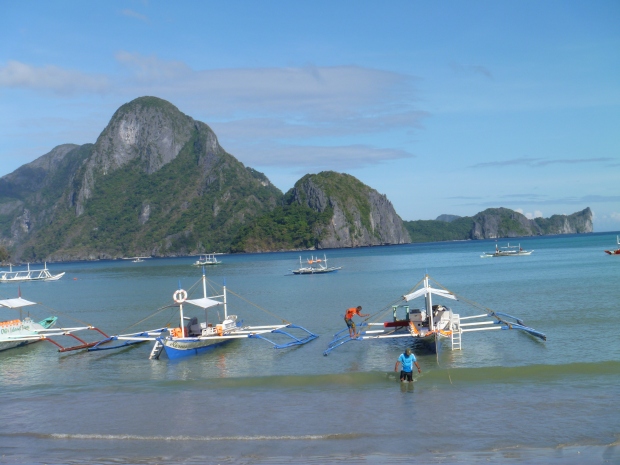 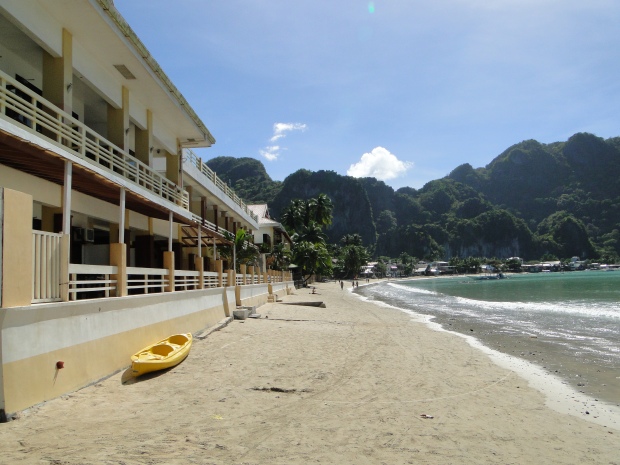 Yes, but wait, this is only the tip of the sugar cane. El Nido is a gorgeous fishermen’s village turned into a tourist destination. The next morning I toured the bay filled with 45 islands in the inlet. The tour includes a visit to five different islands all beautiful in their own right. Along the way, we are escorted by flying fish which are so fast I can’t get a good photo of them.

One island reminded me of the island in the movie “The Beach”. The only way into the lagoon is a swim through a small opening in the limestone rocks.

The last island we visit is Cadlao Island where I see Ubogon Lagoon for the first time. This lagoon is so beautiful it surpasses anything I’ve ever seen in pictures, magazines or movies. At that moment I knew what the next day’s activity was. I had always planned on doing a kayak day and I knew the lagoon would be too far for me to kayak on my own. So, the next day I hired a pump boat to take myself and a rented kayak to the lagoon.

There, I kayak and snorkel all day with the lagoon all to myself with the occasional tourists stopping by as part of their tour package. The sea life in El Nido is unmatched and the lagoon epitomizes this. Today, the world is mine.

In short, El Nido is my paradise so I’ll shut up now as you enjoy the rest of the pictures. 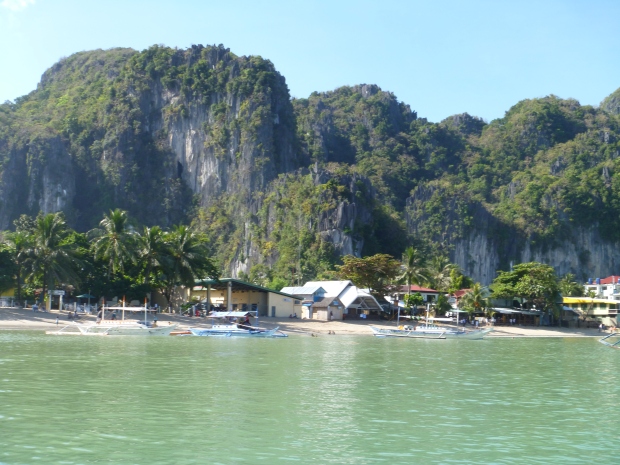 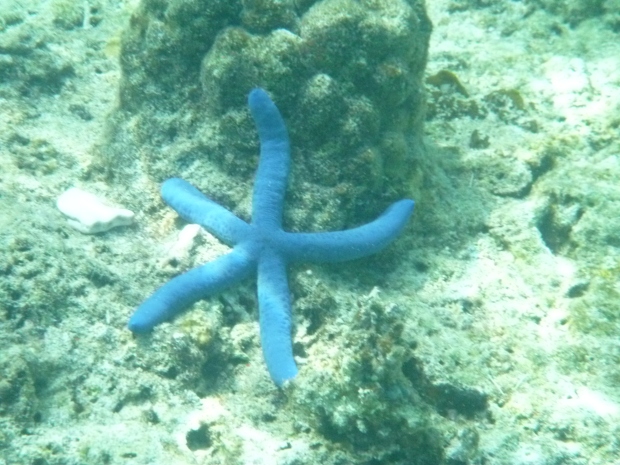 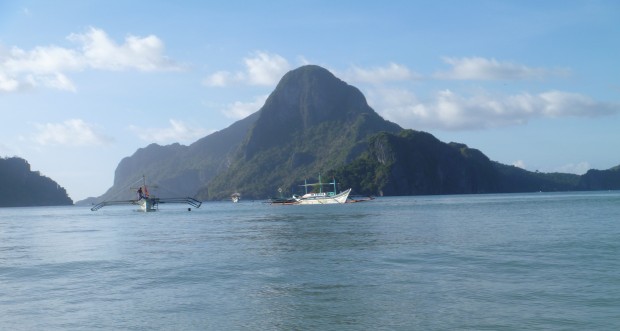 good night and goodbye from paradise

← My Portal Through Time and the Alaska Experience
In The Shadow of Charles Darwin, The Galapagos →