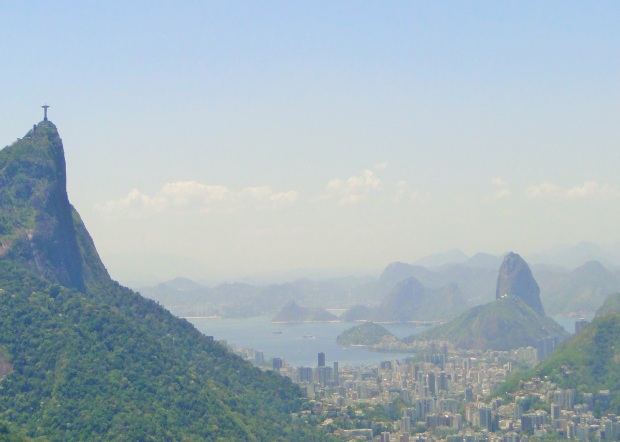 The culmination of a childhood fixation and admiration, my travel trophy, Rio de Janeiro.  Imagine being in the 3rd grade and doing a book report on Brazil and going to the local library to check out books on the country. Tracing Christ the Redeemer and Sugar Loaf Mountain to place in my report. And seeing James Bond take the tram to the top of Sugar Loaf Mountain with doctor Goodhead. Not really sure if she was on the tram with James, but that’s one of the ultimate best movie names ever. 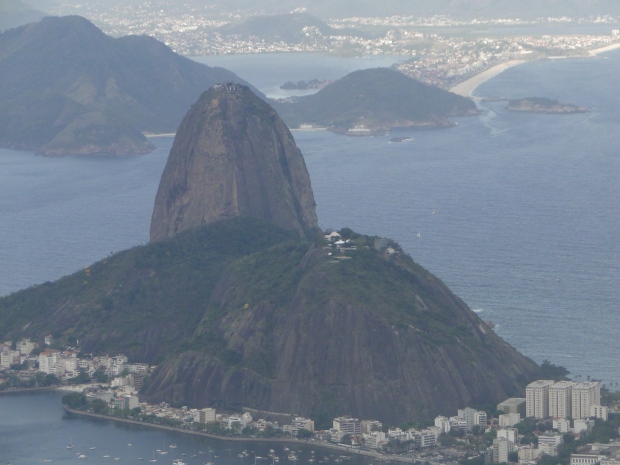 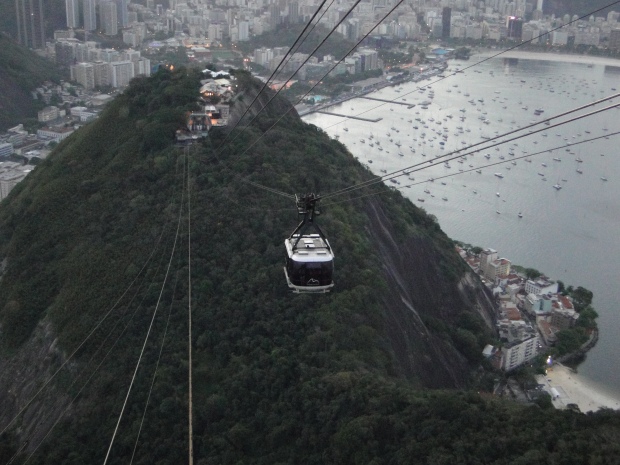 Then being driven from the airport to my hotel as the high rises open up and I see the beach: Flamengo, Copacabana, and Ipanema.  So loved they sing songs about them. As I stand on the wavy patterned board walk I realized, I’m here at the summit of my childhood goal. 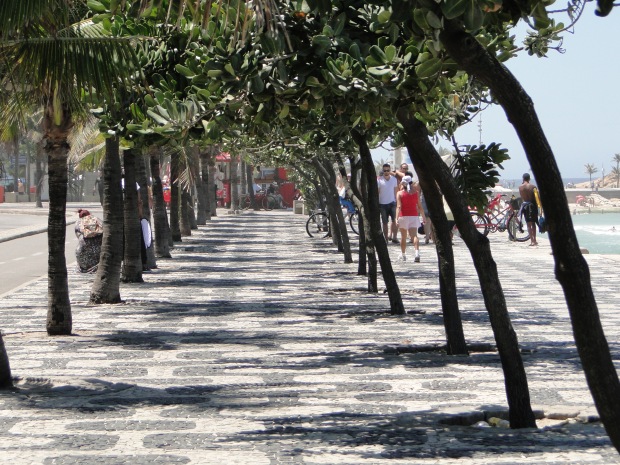 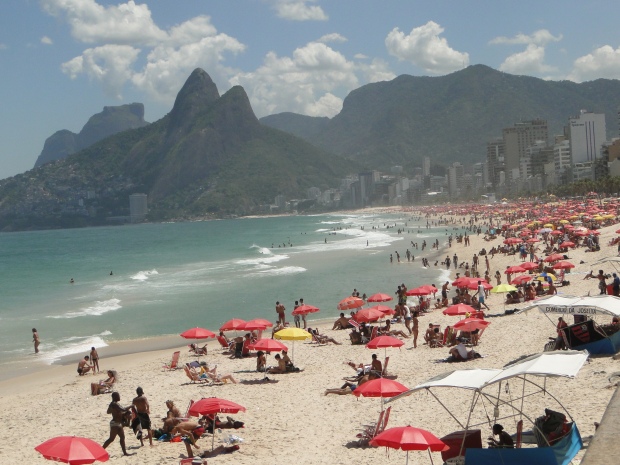 Brazil was a Portuguese colony and it’s language and culture still dominates most of the country. Today, it’s as much of a melting pot as the U.S. Brazil has the largest Japanese population outside of Japan. There’s also a large Italian population in Rio and Sao Paulo with more than a million Italians in Sao Paulo alone.  And, of course, a large African presence from the slave trade and the creators of the Samba. 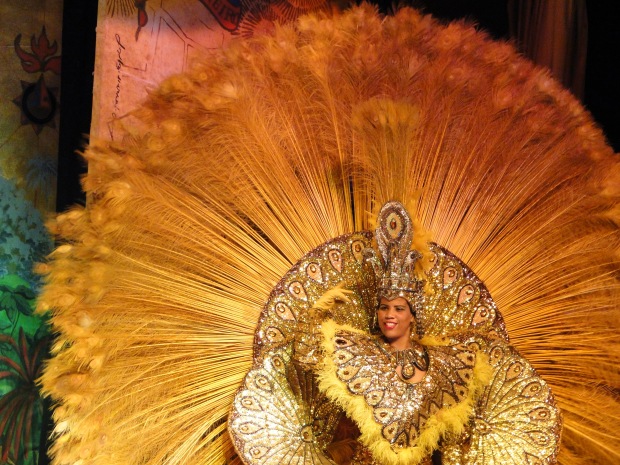 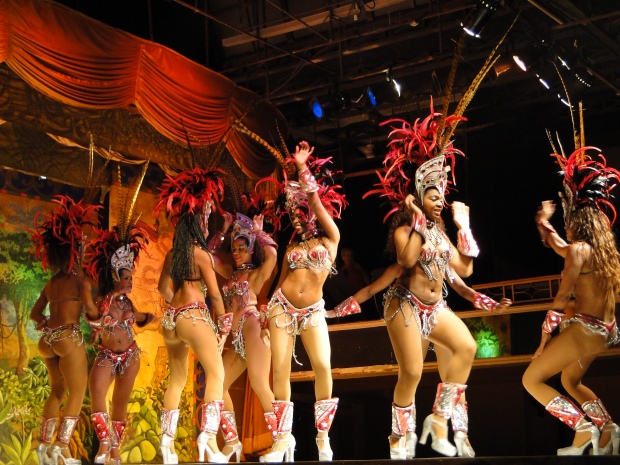 The mix of races must be a part of the reason why the Brazilian women are one of the most beautiful in the world. Don’t agree? Check your Victoria Secret magazine. And the Cariocas are as beautiful as advertised. The people of Rio de Janeiro are known as Carioca, original word, “kara’i oka”, comes from the indigenous Tupi language meaning “white man’s house”. Given to them by the indigenous people when the Portuguese first colonized Rio.

Cariocas are friendly and easy going people who enjoy the beach during the day and partying at night at bars or discos. The business center of the country is Sao Paulo and they often head to Rio for the weekend to Party. The men and women are more sexually liberated here. Kissing someone you just met at a bar isn’t that uncommon and not reviled. Greetings are often initiated with a cheek kiss and personal space is much tighter here with people positioned much closer during conversations than normal western standards. 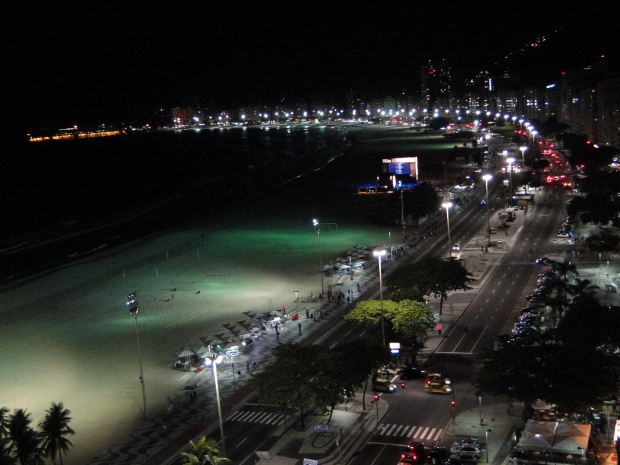 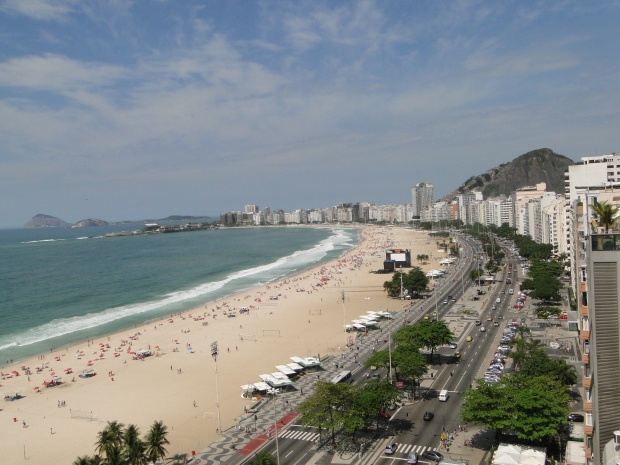 The women of Brazil are known for their thong and G-string bikinis and it’s no myth. Pre-teen and older women in their late 50’s,  skinny women and large women all wear thongs. A woman on the beach not wearing a two piece is frowned upon. Bulky beach wear is just not seen here, for men or women. On my tour to Christ the Redeemer I met women who experienced this first hand. A bit conservative, she wore a one piece bathing suit and on the way to Ipanema, by hotel van, the driver scolded her for wearing a one piece.  “The female body is so beautiful, why would you want to hide it” was his believe and the common believe of the Brazilian people. They take pride in their beautiful bodies and they are not offended by people admiring them like we are here in the US. Being looked at is taken as a complement. This is how it should be, right? They often flash a smile if they notice someone admiring them. At the time of my visit, I didn’t see any topless women that these beaches are known for and I was told most of the topless women here are working girls. A form of advertising, I guess. 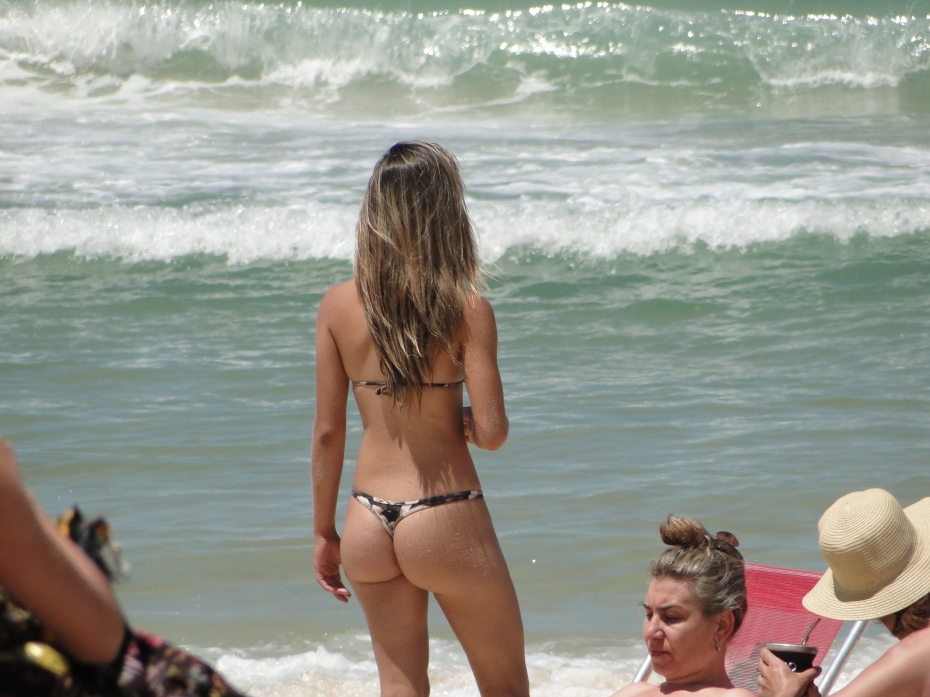 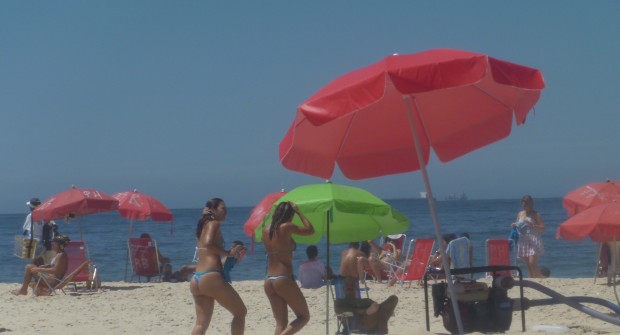 There are many beautiful sights and fun things to do in Rio. But, there’s also the other side of Rio. Favelas are slums dotted all along the city and even in the famous beach areas. They’re government lands, mostly on steep hillsides, deemed to tough for construction by developers, are prime spots for squatters who can’t afford to buy and build normal homes. They build simple Multi-story homes intricately connected by steep stairways and narrow alleys. These favelas are run by drug lords but have been recently pacified by the military just in time for last summer’s World Cup and  the up coming Olympics. My quick and brief experience in a favela was on a trip home from the Tijuca Rainforest the guide decided to take an alternate route through a favela due to typical Rio traffic gridlock. The guide advised it was completely safe. As we entered the favela I could hear a look out from a top a building yell out ‘tourista’ and I was told to put my camera away by another tourist from Sao Paulo. So, was it completely safe? There’s not a place in the world that doesn’t have it’s dark side.

I never felt scared or in danger during my stay here in October 2012. I paid a little more for a hotel right across from Copacabana beach and always stayed within a couple of blocks from the beach. No need to go any further since the area is full of bars and restaurants. I felt very safe walking around the city. At night, I always took a cab since I don’t know the neighborhood and I was traveling alone. A great travel tip would be to not draw attention to yourself or your travel group. Leave your expensive jewelry at home. Cell phone usage should be avoided if possible while walking on the streets since it is a huge target in 3rd world countries. 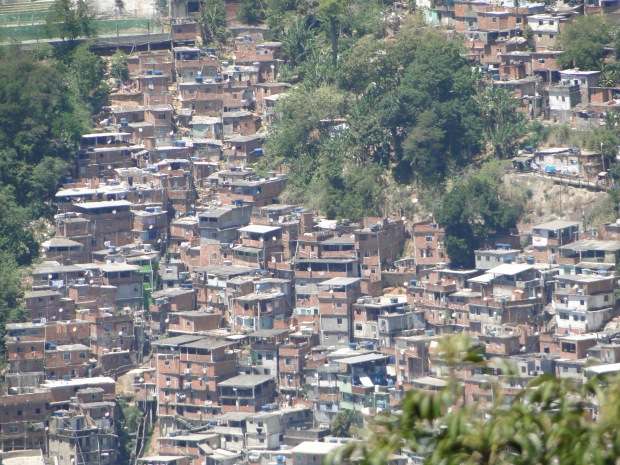 Everyone knows about Rio’s Carnival but new year’s eve is also a large draw with over 2 million people traveling to Rio for the huge fireworks and live music event, right on the beach. For good luck in the new year, they have a tradition of wearing white and and cleansing themselves in the ocean at the stroke of midnight. Carnival and new Year’s eve, two more reasons to go back.

It’s definitely a location that requires a sequel. 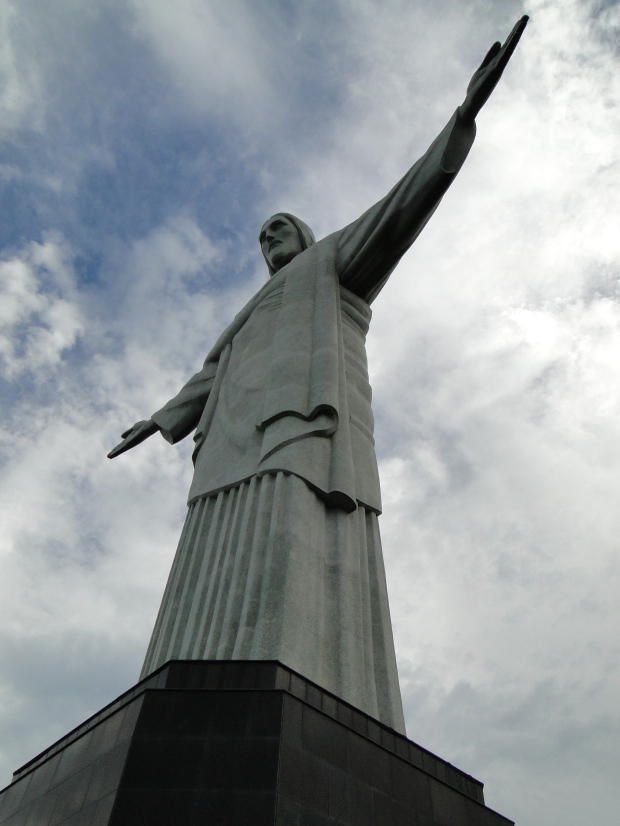 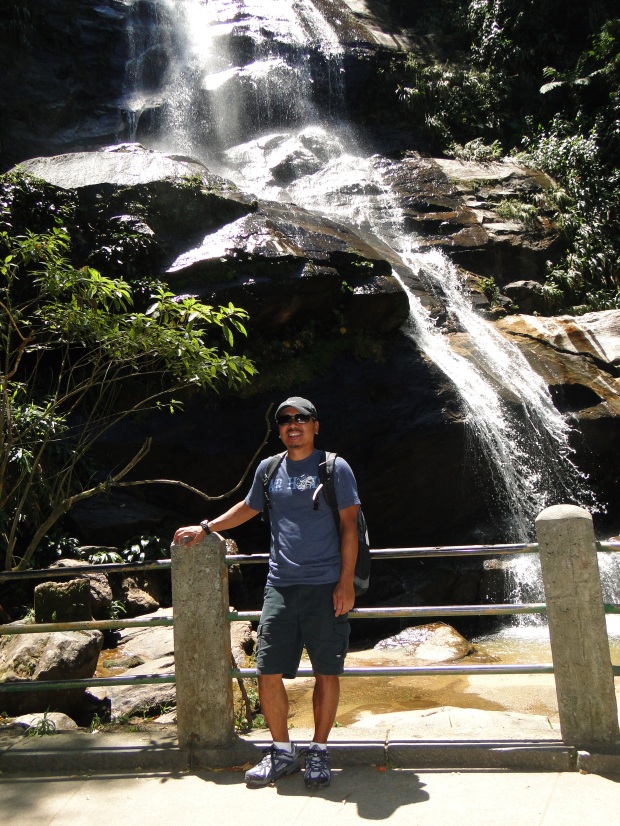 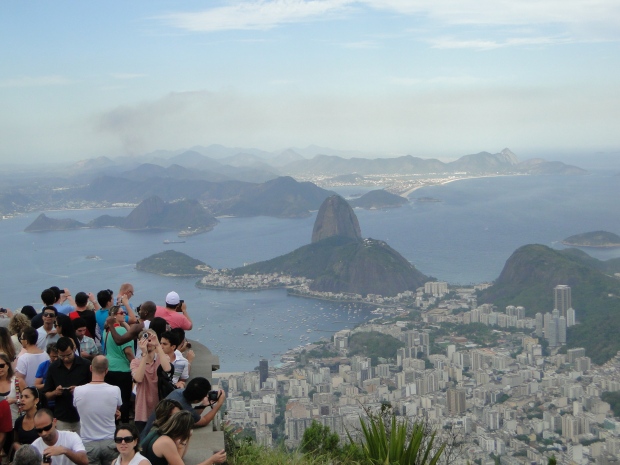 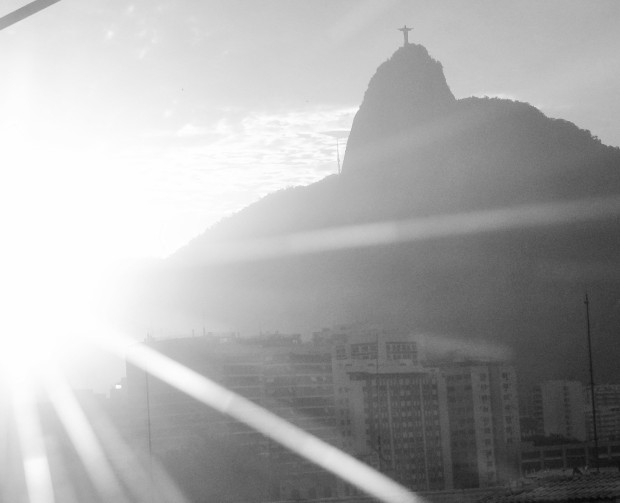 ← A Frog Walks Into a Bar,… Trippin’ in Puerto Princesa
Ideology of ‘Pura Vida’ →