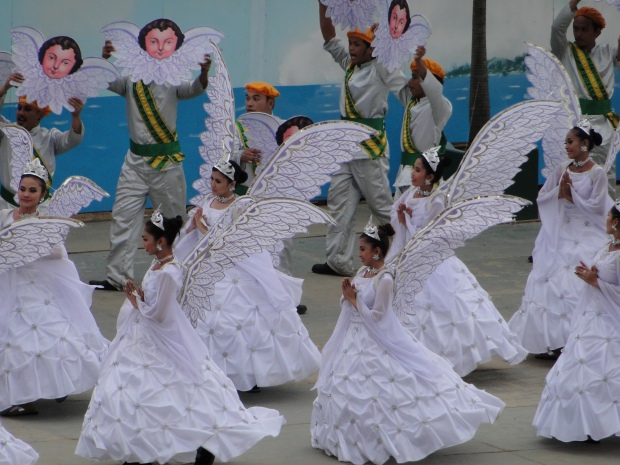 In my birth city of Cebu, Philippines there is a festival which is unrivalled by any other in the country, Sinulog. The word ‘Sinulog’ is a dance ritual in honor of the miraculous image of the Santo Nino. The dance moves to the sound of the drums and it originally honored pagan wooden idols prior to Magellan planting the cross and claiming the country for Spain. Upon Magellan’s arrival in 1521, he introduced Christianity and gave the then Queen a Santo Nino (image of child Jesus, most likely a doll) as a baptismal gift. Fast forward, the rulers along with their subjects were baptized by the Spaniards. In an attempt to colonize the Philippines, Magellan went to war with the native people and was killed by Raja Lapulapu in a battle on the island of Mactan. Now, Mactan is more known for beautiful beach resorts, the best in the country in my opinion (http://plantationbay.com/   and   http://www.shangri-la.com/en/cebu/mactanresort/). The surviving Spaniards returned to Spain and didn’t return to colonize the country until 44 years later. The Spaniards discovered the natives had continued to worship the Santo Nino along with their native idols with the dance of Sinulog. 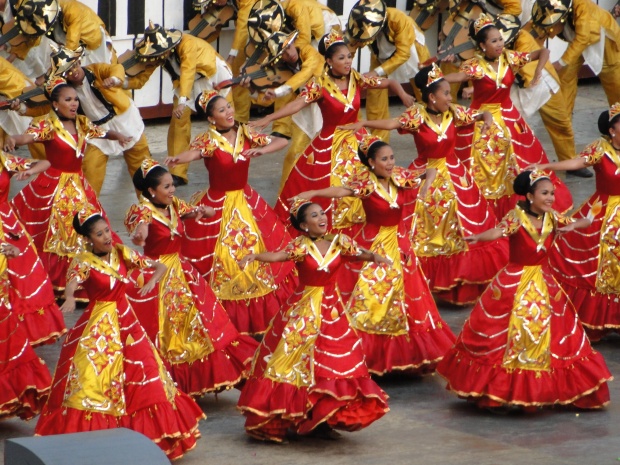 Fast forward, in 1980, local officials decided to put together the Sinulog street dance parade as we know it today. High schools and colleges were recruited to enhance and perform the pagan’s dance. It’s become the biggest and grandest cultural festival in the Philippines.

2012, I specifically planned my visit around Sinulog, a 9 day festival I like to call Cebu’s Carnival, with parties and events all around the city in the month of January. The culmination of the event is the all day parade and a dance competition in the Cebu city sports complex. The entrants are made up of high school and colleges from the Visayas region, the central Philippines. I’m just amazed at the colorful costumes and props these groups produce. These groups are mostly from impoverished areas, in western standards and probably any standards. Imagine the dedication it takes to participate in the event for each group, makes me proud of my people. If you visit, I hope you’re not claustrophobic as your private space will be invaded as you walk through the streets of the city. You literally have to push your way through or you’ll never get to your destination. The best spot to view the event is at the sports complex where each group gets on stage to perform for prizes and the spot I chose to see Sinulog, in the grandstand. I suggest you also get your own transportation if you’re staying outside the city as public transportation is just overwhelmed. It feels like every Filipino in the country, along with about a million tourist,  is there to participate in the festival. 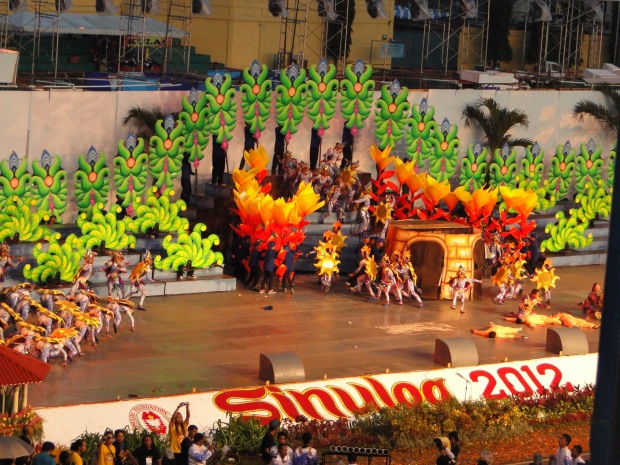 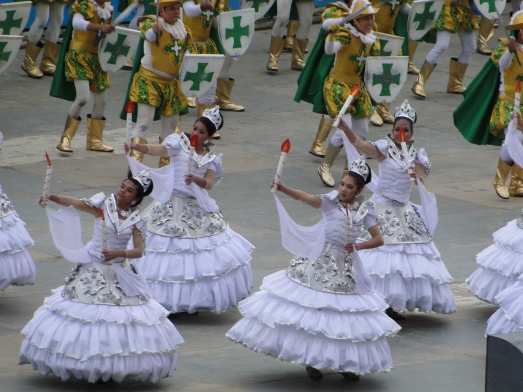 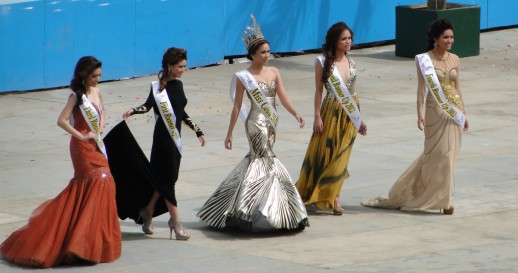 I included a video of one of the many performances. Look closely as there is a story to this performance.